Yesterday, Savannah College of Art and Design and André 3000 Benjamin opened the co-produced exhibition i feel ya, a collection 47 jump suits 3000 wore for Outkast’s reunion tour. 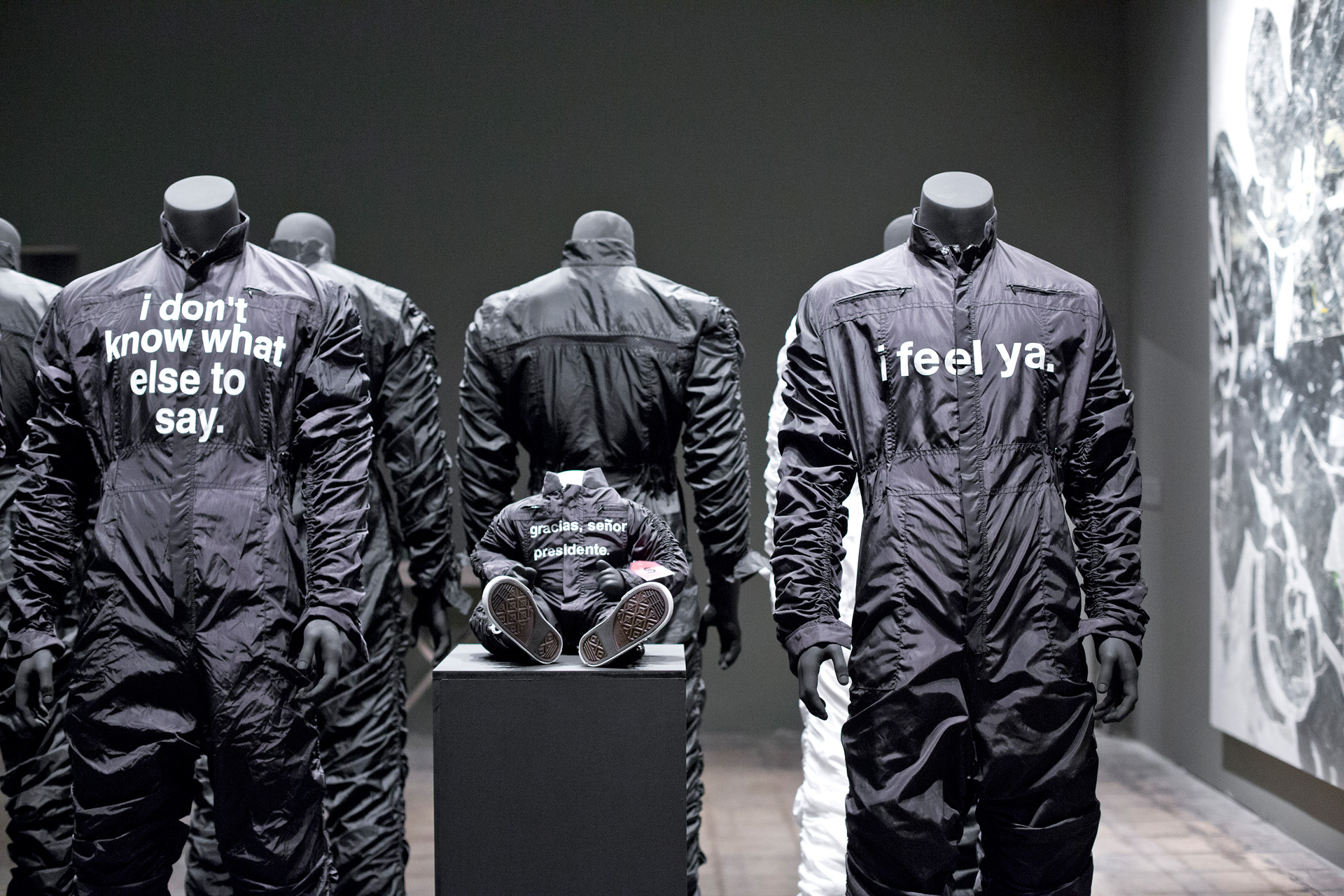 In an interview with Nicolas Jaar, reporting for The FADER, Andre 3000 shared his thoughts on Outkast’s 2014 Reunion Tour:

“Honestly, just, you know—I didn’t wanna do the tour. We hadn’t performed in 10 years. It was old songs,” he said. “I’m like, How am I gonna present these songs? I don’t have nothing new to say. So I was like, maybe I can start saying new stuff while doing these old songs. It became a theme where I was more excited about this than the actual show. This is fun, running out in these.”

In an interview with the Sydney Morning Herald, Blur frontman Damon Albarn has revealed that he’s been “in the process of reactivating Gorillaz for a 2016 release.” The virtual band has not released an album since 2011’s The Fall.

In other news, Gorillaz co-founder Jamie Hewlett recently shared his future plans on Instagram. The UK artist and co-creator of Tank Girl, intends to publish a retrospective collection of his artwork in the form of a 518-page book. The book will feature drawings from Hewlett’s prolific 25-year career. The book’s release date is still unknown, but it ultimately could fill the void left by the inactivated Gorillaz, and provide some interesting material for fans who have been awaiting their next release.

See some of Hewlett’s artwork below:

In 2012, ABSOLUT launched their limited edition bottle in collaboration with artist Jamie Hewlett.

The Lords of Flatbush by Jamie Hewlett

Watch the music video for “Kids With Guns” by Gorillaz.